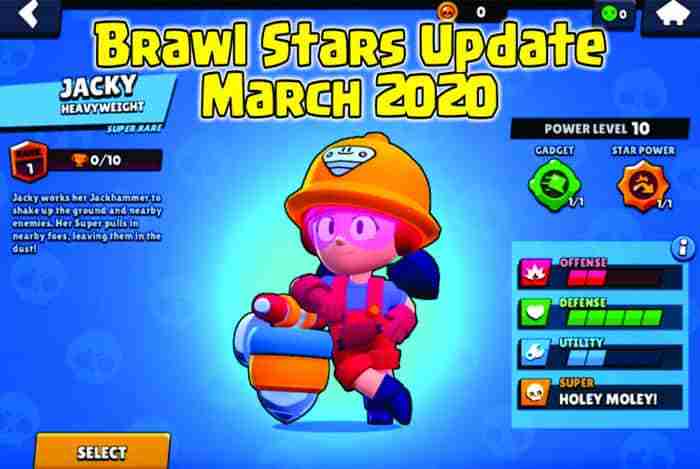 Brawl Stars is always evolving, that's why now we show you the changes in the new Brawl Stars update March 2020, with this you can already make adjustments to your strategies and ways of playing.

She loves to shake the ground with her mechanical hammer. His SUPER attracts the closest enemies and makes them mince. Be careful where you step!

Each brawler will now have a specific characteristic that activates a special ability.

This matchmaking enhancement will help when the number of trophies between teams is uneven.

The “underdog” status will be activated when one of these two requirements is met:

The status "Underdog" will not be available when activating "Play again".

Other changes in Brawl Stars

Mr. P: Increased wait time between drones from 2 to 4 seconds.